Vanoss And Friends Wiki
Register
Don't have an account?
Sign In
in: YouTubers, The Main Crew, YouTubers with New GMod Player Models

Mason (Alpha Betas character - used in Among Us)

Marcel Cunningham, also known as BasicallyIDoWrk, is a popular YouTuber known for his insurmountable rage moments.

Basically is said to be "The Master of Disguise." The title showcases his ability to disguise himself as other YouTubers. However, he was not truly recognized for being an impostor. Most fans remember him as "that cocky guy who's always angry", "the rager", or "the smart one" from the videos of other YouTubers.

While playing Gmod he plays as Finn from Adventure Time, but later on he got a skin change and is more skinny. During that time some of his friends refer to him as a "fudge stick" or "Marshmallow Titties" due to Finn's white hat and ears. Later on he got a more realistic version of his model, being slightly taller and having a larger head, humanoid face and big eyes. He then changed it to wear a dinosaur costume and on special occasions uses his superhero character "Wrk The Boy Wonder". In GTA 5, he plays as a monkey character.

BasicallyIDoWrk met H2ODelirious while playing Call of Duty : Modern Warfare 3. Through Delirious, Marcel met FourZer0Seven. He met Lui Calibre through Daithi De Nogla, VanossGaming through Lui, and then met I AM WILDCAT and Moo Snuckel through Vanoss.

Marcel has a quite fast-growing gaming channel because of his gaming content, but he's simultaneously declining in views/subscribers.

This section is in need of major improvement. Please help improve this article by editing it.

On February 11th, 2021, Evan posted Alpha Betas - Official Trailer, hyping up the upcoming show for a March 13th pilot premiere. The pilot episode aired gaining millions of views within the first few days. While Alpha Betas had offers from "a bunch" of different networks, none of them gave the team the creative freedom that they knew the viewers wanted. A kickstarter was created on July 20th, 2021 to help with the funding that would go into creating the adult animated series, with a goal of $750,000. 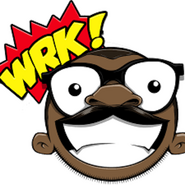 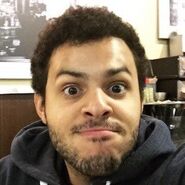