"Welcome to the party, pal."

Mr. Sark a.k.a. Scott Matthew Robison was born on April 8th, 1975 in California.

Sark was born into a Mormon family and was raised Christian from an early age. When he was a child his parents wouldn't let him play video games as they didn't want him to be distracted like that. He described himself as being a nerd in high school and that he wet the bed well into his late teenage years. Growing up his interests included partying and rave subculture.

Sark is a voracious fan of fantasy literature. During his spare time he loves to watch movies and read fiction novels when he isn't looking after his children, or cats, creating videos, or spending time with his wife.

Before starting his YouTube career Sark was an employee of the G$TV Gaming Review Show X-Play and then later joined Machinima as a host and Managing Producer of Machinima Respawn, SeaNanners (Adam Montoya) and Hutch (Shaun Hutchison) later joined him as co-hosts.

He also has two cats, one of them being Charlie Bird a.k.a. CB, a.k.a. Charles, a.k.a. Chuck, a.k.a. Bird, a.k.a. Dipshit who's not the brightest but is so sweet, according Sark. Miles Davis Jr. the Cat a.k.a. Miles D., a.k.a. Bear who is not a dipshit, very smart and very sweet but is incredibly needy. 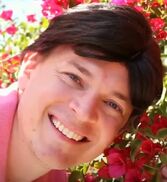 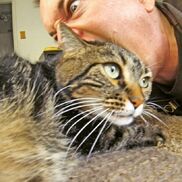 Mr. Sark with Mrs. Sark in a photo booth

Sark about to kill himself 'cause of 2017 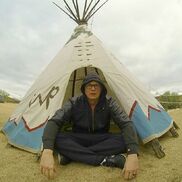 Retrieved from "https://vaf.fandom.com/wiki/Mr._Sark?oldid=22385"
Community content is available under CC-BY-SA unless otherwise noted.